Tropicana donates RM42,000 in support of Lions Clubs International Everest Expedition which will see Lions Club's James Lee, 68 make his first solo attempt at the world’s highest peak. Scaling Everest has been his dream for many years, and he has been training for this expedition since the 1990s.

The trek to the summit will take 70 days. Lee has climbed up Indonesia’s Mount Rinjani, Japan’s Mount Fuji and Nepal’s Mount Ama Dablam. He has also scaled Mount Kinabalu 16 times. His mission to climb Everest comes with a purpose – to raise awareness on the issue of climate change. At 68, Lee will make the record as the oldest man in South-East Asia to climb the temperamental mountain. Mount Everest’s peak is 8,848 metres above sea level and is located in the Mahalangur mountain range in Nepal and Tibet.

The expedition begins on March 31 and it is part of Lions Clubs International District 308 B1 Malaysia’s answer to the Lions Club International Centennial Service Challenge. 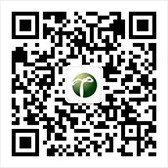